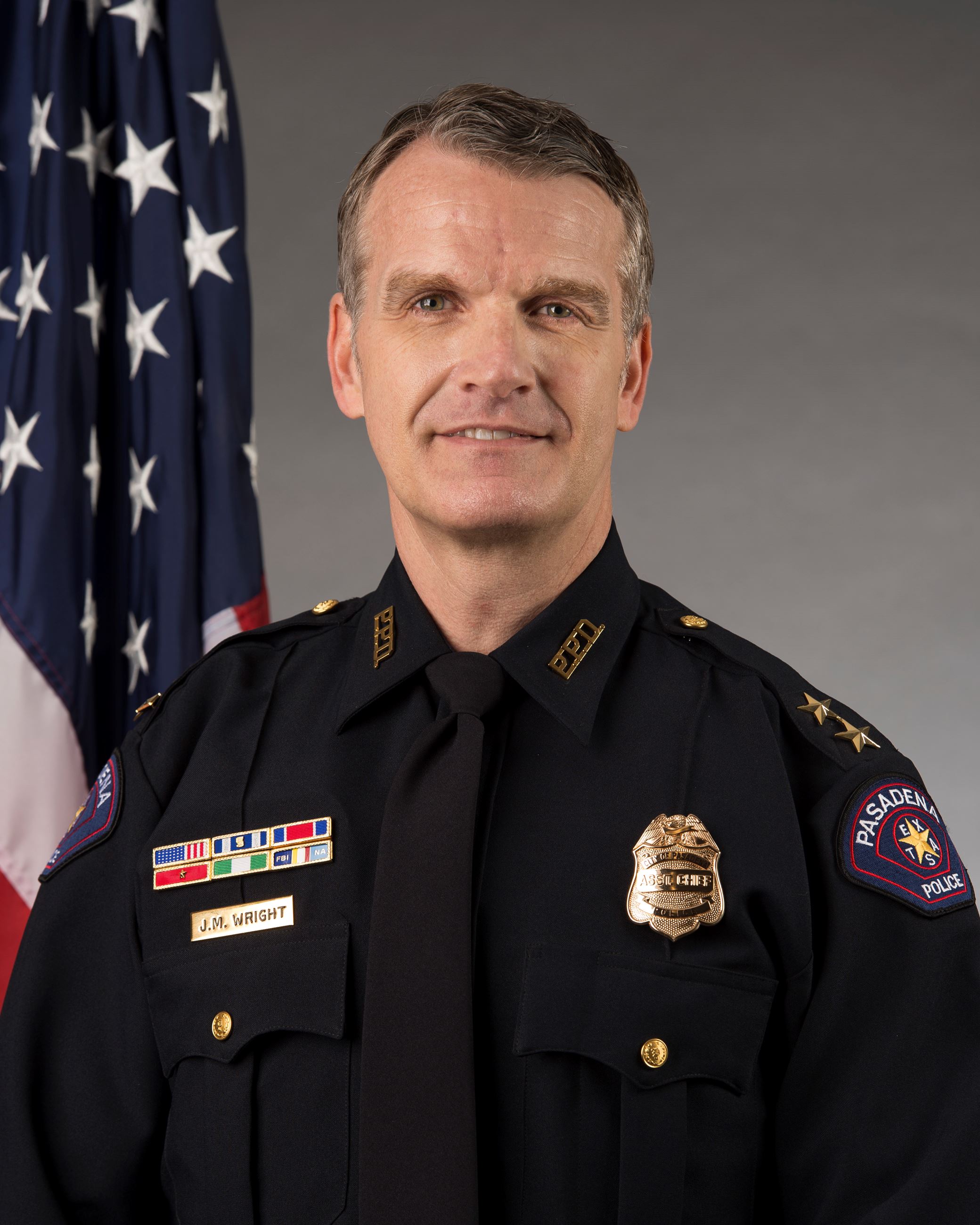 Jerry Wright was raised by his parents, Lester and Annette, in the community of Pasadena, where he graduated from Sam Rayburn High School in 1990.  Jerry attended San Jacinto Community College before starting his career with the Pasadena Police Department in December of 1991.  He served as a civilian dispatcher until he was accepted as a cadet in the 46th Pasadena Police Academy in 1996.  After graduating he was assigned to the patrol division where he became a Field Training Officer and also a member of the bike unit.

During his tenure as an officer, Jerry was also assigned to the Juvenile Division, Domestic Violence Unit, Sex Offender Registration Unit and was one of the department’s few Polygraph examiners.

In 2011, Jerry was promoted to the rank of Sergeant, where he was assigned to Day Shift Patrol.  He would later serve as the Administrative Sergeant.  In 2013, Jerry promoted to the rank of Lieutenant and served on Night Shift Patrol.  After two years of being the Night Shift Patrol Commander, he was re-assigned as commander of the Proactive Unit, which consists of the Narcotics Division and the Gang Intelligence Unit. Jerry is a graduate of the 264th Session of the FBI National Academy.  He is also a graduate of the University of Charleston, West Virginia with a Bachelor of Science in Organizational Leadership.

Jerry’s most rewarding achievements at the department include his 12 year-detective career in Juveniles, his work on the FTO program in 2013, and serving as chair of the Personnel Selection Committee from 2014-2017.

Jerry is 47 years old and has been married to his best friend and fellow officer Donna Wright for 20 years.  They have one daughter, Emma, who is 19.  Jerry also has two sons, Hayden, who is 24 and Warren, who is 26.  Jerry credits all of his accomplishments to his parents, Lester and Annette, for the way they raised him, and to Donna for being his rock of support throughout his career.