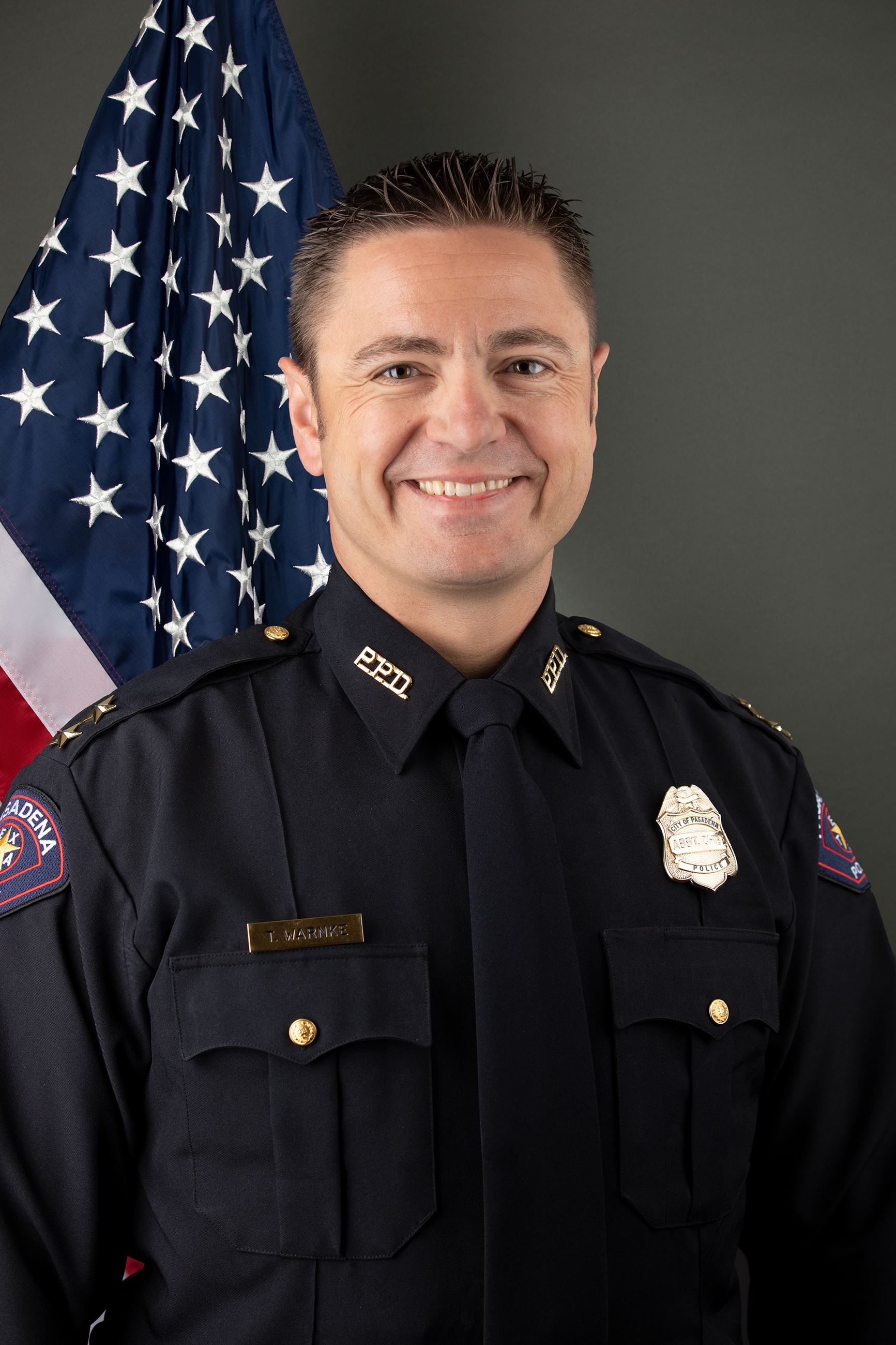 Thomas Warnke was raised in Pasadena and a graduate of Sam Rayburn High School. He continued his education by obtaining an associate’s degree in Criminal Justice from San Jacinto Community College and a bachelor’s degree in Criminology from the University of Houston-Clear Lake. Thomas joined the Pasadena Police Department in February 2006 and graduated from the 58th Basic Police Academy. After graduation, he spent three years on evening shift patrol and transferred to the Financial Crimes Unit in January 2010.

Thomas was promoted to sergeant in May 2011 and transferred to Night Shift Patrol where he eventually took over the DWI Task Force in 2012. In 2013, he was assigned to the Chief’s Office as Administrative Sergeant and attended the 260th session of the FBI National Academy. In April 2016, he was promoted to lieutenant. As a lieutenant, he has supervised the Criminal Investigations Division, Night Shift and Day Shift patrol. Furthermore, he has participated on the Academy Advisory Board, chaired the Cadet Review Board, and performed as the Field Training Commander. Additionally, he is a proud graduate of IMPACT Pasadena 2020.