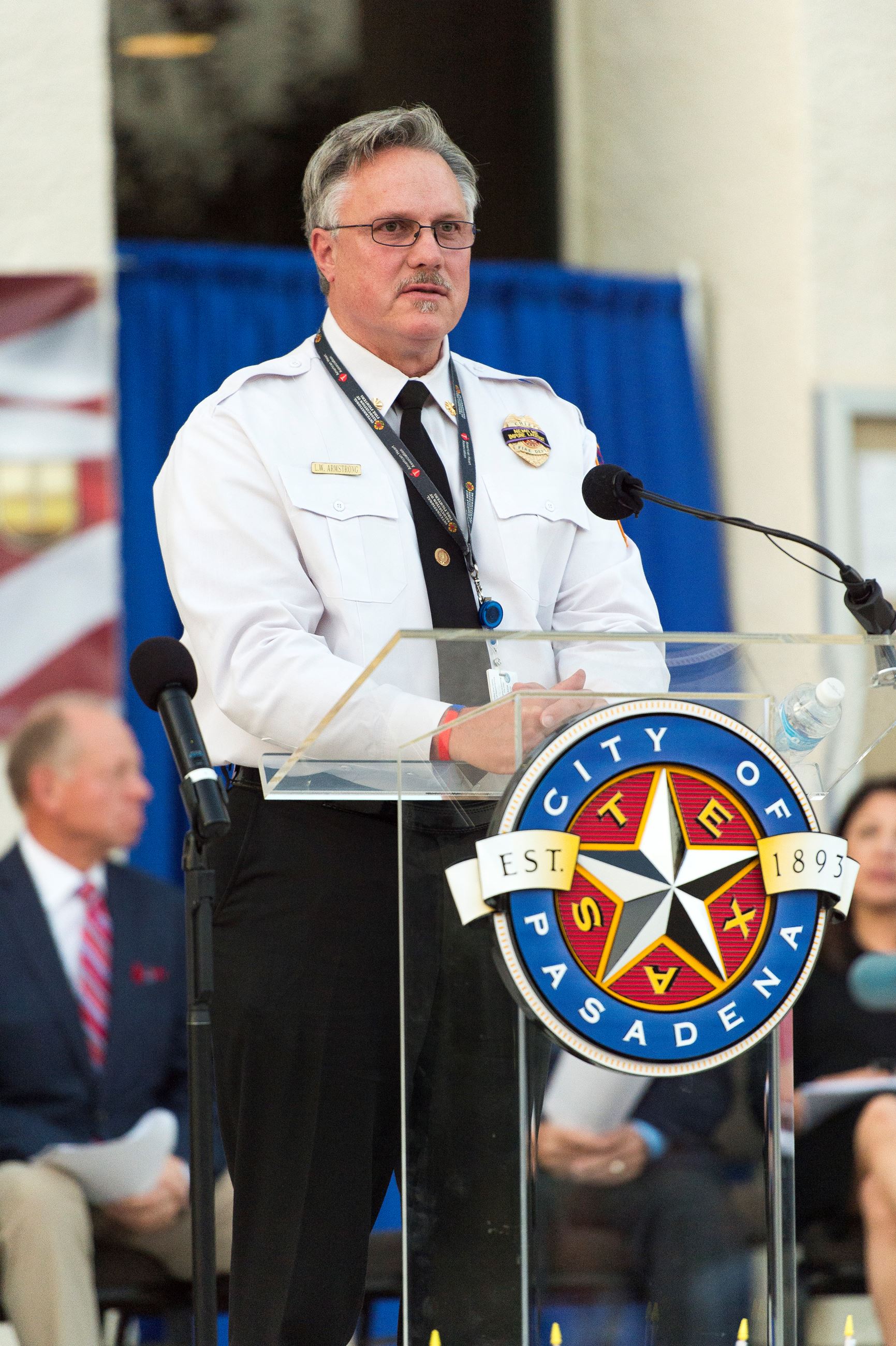 Lanny Armstrong was appointed Fire Chief by John Manlove, Mayor of Pasadena and approved by City Council on August 26th, 2006.

“I’m proud to propose the hiring of Lanny Armstrong as the new Chief of the Pasadena Volunteer Fire Department”, Mayor John Manlove said, noting Armstrong’s long tenure in Pasadena and his extensive experience and background in the fire service. “Lanny has the respect of his colleagues and a vision for our Fire Departments’ continued success. He was a unanimous choice for Chief after an extensive interview process in which firefighters, public safety personnel and executive staff evaluated candidates from within and outside our organization.

“I am ready to take on this position and continue the Pasadena Fire Department’s professional standards of service, Armstrong added. “As Fire Chief, I hope to increase recognition of our performance by seeking more firefighter’s certifications through state agencies. Maintaining our high ISO rating is also a top priority”.

Armstrong is a lifelong Pasadena resident and has been a volunteer firefighter for the Pasadena Fire Department since 2001 and a safety officer for PFD since 2005.

Chief Armstrong began his career in firefighting with the Houston Fire Department achieving the rank of Senior Captain in a career spanning from 1978-2001. In his role as Senior Captain, he managed personnel and non-emergency operations, on-scene emergency operations, technical rescue, and emergency medical response. He also developed and implemented training programs and assessed firefighters who were on probation. Armstrong retired from HFD as a Technical Rescue Coordinator in which budgeted administration, procured equipment and managed strategic planning and accreditation. In his last years with HFD, he was also the Planning officer for the FEMA Texas Task Force and was assigned as Command Staff Member in response to declared federal disasters.

After retiring from HFD, he became the Regional Manager for Alert Disaster Control for the company’s locations in North, Central, and South America, Western Europe, and Western Africa. Alert Disaster Control is an international emergency response and integrated risk management solution service company. The company focuses on oilfield firefighting and blowout control, marine and industrial firefighting, and hazardous material control. As a Regional Manager with Alert, Armstrong was responsible for the day-to-day operation and supervision of that company’s operations, personnel, and associated equipment. He was also an incident commander, marine and industrial firefighter, hazardous control specialist, technical rescue specialist, safety and survival instructor, lecturer, and risk manager. For 18 months, he was stationed in Singapore, but has operated out of Texas since 2001.

Chief Armstrong is married to Debbie who works at Gardens Elementary in Pasadena. They raised their two children, Jeremy and Kady in Pasadena, each graduating from Sam Rayburn High School.

“My family is excited, and they know this is a dream come true for me”. Chief Armstrong noted, “This is where I was born and raised and it’s thrilling to become the Fire Chief”.